The Apocalypse Project‘s Sewer Soaperie and An Olfactory Portrait of the Amazon Rainforest are exhibited in the first Manila Biennale in the walled city of Intramuros. The theme, “Open City,” refers to Intramuros as the origin of Manila’s culture. It is a tribute to the walled city’s beginnings as a port for the Galleon Trade, a time when Intramuros opened itself up to the world and welcomed new ideas, products and people.

The Sewer Soaperie consists of soaps made from different points in the cycle of oil in human consumption, from palm oil to used oil to raw sewage and fatbergs, to highlight the effects of our impact on cities. Support for this project was given by Arts Collaboratory, Ministry of Culture of Colombia, and Medellín-based arts organizations Platohedro and Casa Tres Patios, where I did a residency in 2016.

This edition of An Olfactory Portrait of the Amazon Rainforest features scents based on the travel narratives of 19th century explorers of the Amazon, where naturalists such as Alfred Russell Wallace and Alexander von Humboldt encountered this ecosystem for the first time, which relates to the “openness” theme of the biennale. Visitors are allowed to smell these scents and inhale the stories of how these explorers encountered the Amazon. On the wall is text that features the passage of the books where I based these scents from. This project was inspired by my residency in the Amazon in 2017, with the support of LABVERDE and the INPA National Institute of Amazonian Research.

Manila, Medellín, and Manaus are cities that are similar in their colonial history, richness of culture and stories, and vulnerabilities to climate change, which the works highlight. It’s been great fun to bring these together for this historic biennale as well as be reminded of my enriching residency experiences in South America, of which the Philippines share very similar characteristics. 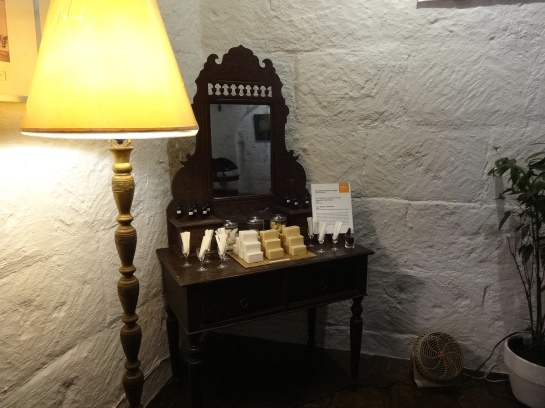 The Sewer Soaperie and An Olfactory Portrait of the Amazon Rainforest 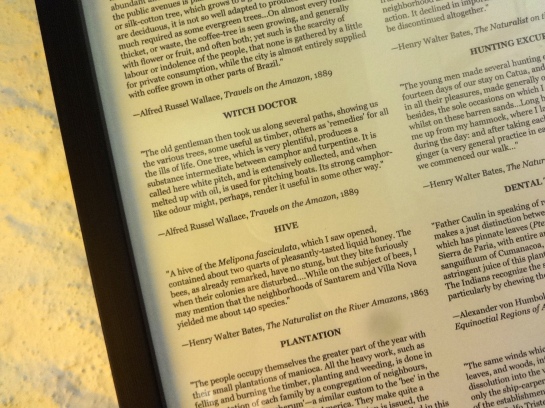 This edition of An Olfactory Portrait of the Amazon Rainforest interprets the olfactory memories of 19th century explorers into scent, based on their travel narratives

The installation can be viewed at the biennale lounge. Image credit: Manila Biennale

Manila Biennale 2018 is led by Executive Director Carlos P. Celdran, and this installation is curated by Alice Sarmiento. Thank you!