Science Gallery Melbourne’s DISPOSABLE exhibition wrapped up on September 1st after a busy month. The Sewer Soaperie was one of the works in this exhibition. The team sent me lots of photos and feedback. Here is what happened and what we learned from this project:

According to co-curator Dr. Ryan Jefferies in an email to me, the exhibition received 26,504 attendees within the four weeks. The show had 150 kg of recycled fat, 12,000 plastic-eating mealworms, over 500 urine samples, and thousands of river reeds.

Having just moved to Australia, I have learned that post-event surveys are standard procedure here, which is fantastic. Here are quantitative feedback from the audience:

Dr. Jefferies also wrote that, “DISPOSABLE has also been our most sustainable season, with Science Gallery now following a Sustainability Action Plan, participating in the University of Melbourne’s Green Impact Challenge and significantly reducing our waste.”

The Sewer Soaperie at DISPOSABLE. Image by Science Gallery Melbourne

It was also great to see this piece at the Parliament of Victoria for National Science Week:

I’ve had this work exhibited before, but Science Gallery Melbourne’s team is one of the most exuberant I have ever worked with, and I couldn’t help but feel excited as though this were the first time. It also made those long hours worth it. 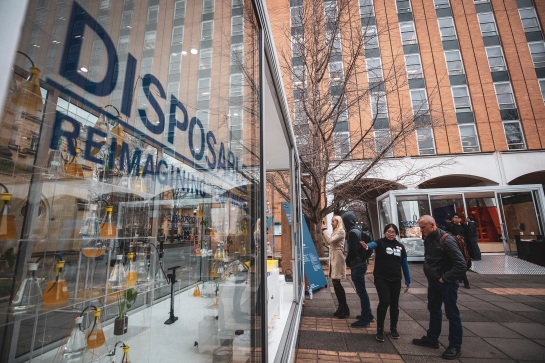 Some viewers participated by washing their hands with the soap, though for those who passed, no one blames you.

Among the hallmarks of Science Gallery are their mediators, who are there to help their largely young audience to connect with the works. Science Gallery audiences are, from my experience, very curious and ask a lot of excellent questions, which is why I love exhibiting with these guys.

According to Ellie Michaelides, one of Science Gallery Melbourne’s mediators, here are some feedback from the visitors:

“It feels just like normal soap! But less lather”
“I make my own soap at home, I never thought of adding my own left over cooking fat to it!”
“Sewers?! Yeah, nah…”
“Are you sure it’s really clean?”
“That’s really smart, can I buy some?”
“I thought it would smell more”

I, too, have learned a lot as an artist who was a part of this. Back in 2016, this project seemed outlandish, almost in the realm of conceptual art. But human impact on the environment and on cities have increased over time, and so The Sewer Soaperie is in its own way now a legitimate design solution. I am happy and fascinated with how well this been received, including how it provoked many people. For me, art can have a confrontational message and propose solutions in addition to other things it can do. I think this is the strength of interdisciplinary art-science work: it can bring about new dimensions and divergent ways of thinking, and as we continue to negotiate our environmental futures, this can be among the ways by which we can transform society.

It was also inspiring to have this piece be exhibited with these amazing projects. There’s also been a lot of media coverage about DISPOSABLE; do check them out:

Thank you to the Science Gallery Melbourne team!

Hello friends! The online voting polls for the Best Climate Solutions Award are open from September 24 until October 15 (5:00 PM CEST). The Apocalypse Project is in the running under “Education and Media”. I’m hoping to fund a future series of projects benefiting an indigenous rainforest community in the Philippines, and to create an arts-led curriculum that outlines the frameworks of the climate change adaptation projects and workshops I’ve been leading in all of these places around the world you’ve seen me in. If you can please take a few minutes to vote and/or share with your friends, that would be great. Thank you very much!

HOW TO VOTE: Sign up or log onto http://www.bestclimatesolutions.eu/solutions/ and search for The Apocalypse Project. You can also visit http://www.apocalypse.cc for everything this project has done in the last 5 years.

Bestclimatesolutions.eu is a new platform to showcase the most innovative and compelling efforts from around the world to build a climate-smart and resilient future, and engaging with local developers, innovators, business operators, and researchers to support the scaling up of tools, technologies and business models that can generate tangible impacts.

Best Climate Solutions builds on the unique experience of the Best Climate Practices observatory, an initiative developed by ICCG in partnership with the Euro-Mediterranean Center on Climate Change (CMCC). Since 2012 the Best Climate Practices observatory has collected and promoted a wide range of concrete actions for dealing with climate change challenges such as energy access, water management, climate finance, disaster risk reduction.

I wrote an article about four years of The Apocalypse Project for Imperica Magazine, an arts and tech publication based in Oxford, UK. Grab a copy online, or check out the full text of my piece, The Apocalypse Project: Investigating Cities and Climate Change through Art and Science, on the project website. 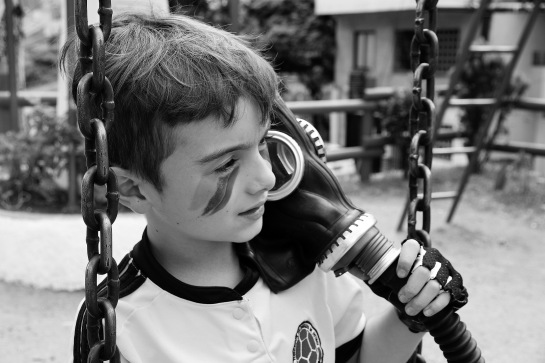 This shoot was made possible by Platohedro and Casa Tres Patios, where I did a residency supported by Arts Collaboratory and the Ministry of Culture of Colombia.

This shoot was made possible by Platohedro and Casa Tres Patios, where I did a residency supported by Arts Collaboratory and the Ministry of Culture of Colombia.

This residency at Platohedro and Casa Tres Patios was supported by Arts Collaboratory and the Ministry of Culture of Colombia.

This residency at Platohedro and Casa Tres Patios was supported by Arts Collaboratory and the Ministry of Culture of Colombia.

On June 18th, I will be giving a talk on olfaction and climate change at the CISC + Laboratorio de Ideas in Medellin, Colombia, entitled “The Medellin Smell Lab”, or as it translates sexily in Spanish, “Lab de Aromas de Medellin”. Come, come!

(Medellin, Colombia)—On June 7th, my first Tuesday here in Medellin, the City of Eternal Spring, I gave an artist talk at Casa Tres Patios, one of my two hosting institutions for my residency here in Colombia.

Thanks to Estefania Piedharita and Tony Evanko of C3P for translating, and both C3P and Platohedro teams for organizing! 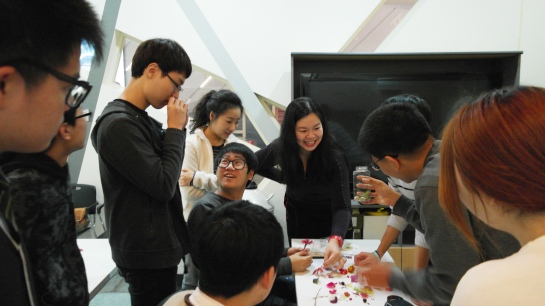 (Medellin, Colombia)—From June 5th, I will be on an interdisciplinary residency together with Casa Tres Patios and Platohedro to develop a new body of work about The Apocalypse Project, with support from the international network Art Collaboratory and the Ministry of Culture of Colombia.

From Platohedro’s press release (in Spanish only):

I’ll be blogging about my progress as I go along, as usual! Deepest thanks for being part of this journey so far!

I'm still a bit meh from the vaccine, so off I went on a fractal walk in Cooper Park, our little baby Amazon basin near Bondi. The ferns! The spider webs! That Sydney sunset glow! 😄❤ 12k steps/8.5km #LockdownWalks
The shapes of post-vax recovery. ❤ (Plus Mare of Easttown, finally, after 3 PhD chapters!) Only a sore arm (most intense of all the vaccines I've had but still ok 👌)
A quick shout out to my friends in Copenhagen who are organizing the Arctic Ice Chess tournament starting tomorrow! This is the first time this game will be played, and fittingly, it will premiere in one of the Arctic Council nations. I am so thrilled this is happening and happy it is being cared for by curator @malousolfjeld and the team at @68artinstitute. Art can provide engaging spaces for us to discuss challenging things, and so I hope you have fun with the game while discussing serious climate issues in the Arctic and beyond.
Bumping to Beyonce, Blackpink, and Beethoven in the Botanic. ❤ 11.8K steps/8.3km #LockdownWalks
Spring and that Sydney glow. ❤ 12k steps/8.5km #LockdownWalks
Honored and grateful to be in the latest issue of @artplusmag together with the other amazing 13 Artists Awardees of 2021! Thank you to the Cultural Center of the Philippines for facilitating the interview. Manila friends, please do grab a copy! ❤