I create interdisciplinary works that intend to transfer wonder and curiosity using empathy and often a sense of playfulness. For me, art, science and design are able to do together what one field alone cannot: to convey ideas coherently to another human being and inspire a change in mindset and behavior.

I aim to work towards a sustainable world. My interests deal with environmental issues and their related social concerns, often critiquing broken real-world systems and proposing alternative realities. My experimental research-based practice currently deals with climate change and biodiversity, creation and revision of knowledge, access to science, etc., with the intention of fostering conversations between seeming diametric oppositions, such as the Global North and South, scientists and the public, government and citizens, etc.

Residencies and fellowships have been a big driver of my work. These have allowed me to work with communities whom I would otherwise not have been able to interact and collaborate with on such a scale. From scientists in Singapore to grassroots organizations in Medellin, from futurists in Silicon Valley to naturalists in the Amazon, from policy-makers in Uganda to taxidermists in Vienna, I have used these opportunities to inform myself about the world and to create diverse models of making and distributing art.

As an artist, I embrace the freedom that comes with being able to mingle with people of all classes and backgrounds. Because of the richness of these many lives lived in many places, I have come to realize the common humanity in all of us and how art is a powerful tool to define a world we want to live in. 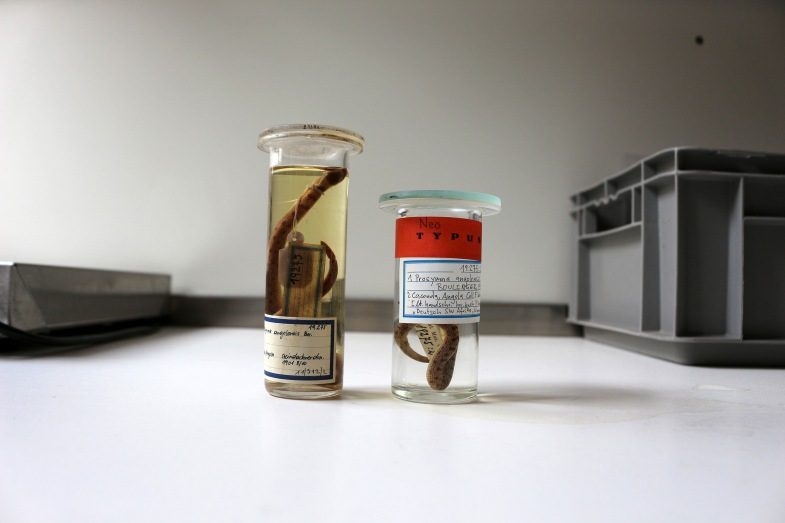 Scientific Method is a photography series documenting invisible scientific processes. Examples in these selected photos show the herpetology and the taxidermy departments of the Natural History Museum in Vienna. In the former, the reptiles are immersed in 75% ethanol treated with methanol to make it undrinkable for tax reasons and are kept in specially designed glass jars. Solid bee resin is placed on the edges of the jar, heated, and sealed. Some specimens date as far back as the late 1800s and some are “types” or “type specimens”; these are specimens whose characteristics define the species in official descriptions. In the taxidermy lab, the award-winning team creates a DNA library of collected specimens and after removing as much feathers, fur, and meat as possible, employs beetles to eat the remaining flesh of the skeletons. The goal of the project is to bring science out of its ivory towers and into public awareness and hopefully aids to develop a renewed trust in the sciences. 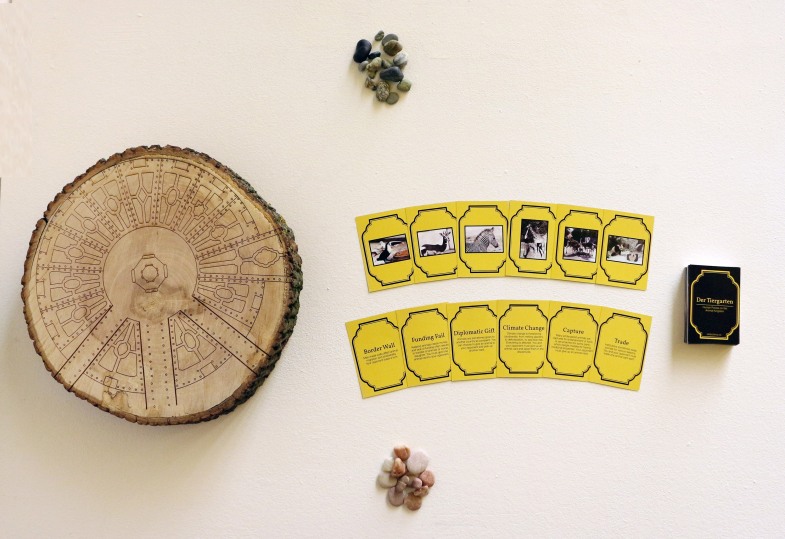 Der Tiergarten board game and cards

Installation view at the group exhibition at the Austrian Federal Chancellery

Der Tiergarten is a board game that illustrates the human forces that affect the animal kingdom and, consequently, the biodiversity of the planet. The two-person game allows the players to reflect on the effects of border walls, climate change, poaching, and other factors through the cards while using game pieces to conquer the board menagerie. The wood was taken from a 100-year-old dying maple tree that was planted in the Vienna’s Schönbrunn Tiergarten, the oldest zoo in the world, which was cut to prevent safety hazards. The artist then sanded and laser-engraved a slab of it with the original menagerie plans of the Tiergarten by Jean Nicolas Jadot de Ville-Issey in 1751. The game cards include archival images of animals in the Tiergarten with images dating before World War II. The playing of the game recalls the actions that real animals experience as they move between different habitats and circumstances. 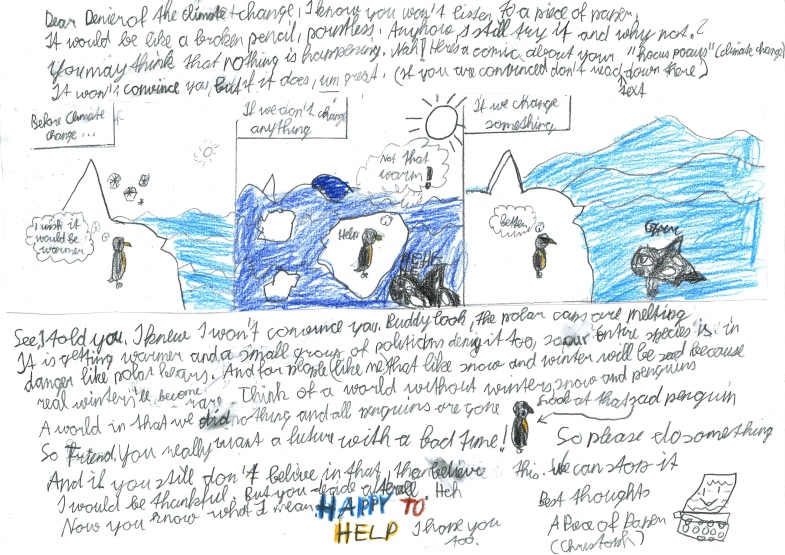 Letters for Science by Christoph, 13, Austria

Letters for Science is a participatory project that invites the public to write letters defending science and address them to science denialists. Shown here are some examples by 13-year-old students from Eferding who are learning English who have chosen to write to climate change deniers. The goal of this project is to create a respectful and concrete bridge between the filter bubbles that populate science-related topics such as climate change, vaccinations, the shape of the earth, etc., and to humanize our stories with nature. Why does it matter to you if people think climate change is not real, for example? How might you try to convince a climate change denier otherwise? How can you be persuasive without being patronizing?

4. The People’s Cabinet of Curiosities 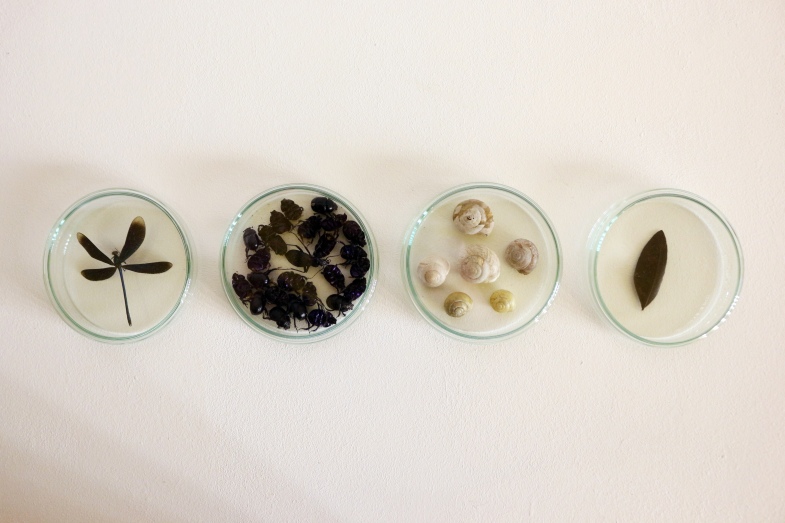 at the Austrian Federal Chancellery, 2018

The People’s Cabinet of Curiosities consists of specimens that differ in provenance—donations by natural history museums, found specimens, gifts, etc.—but exist as one installation. Science is often relegated to the experts, but a growing population of citizen science supporters contends that science is meant to be exercised by all. 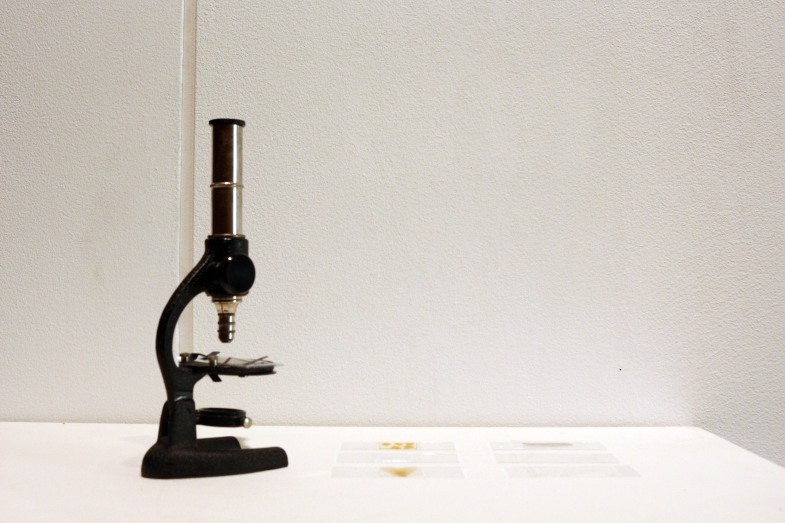 Poetic Microscopy is a microscopy installation that shows manipulated specimens. The goal of the project is to take a critical look at science, not just as a discipline that allows for creative inspiration, but also at how data can be manipulated, misunderstood, or misrepresented in the public sphere. 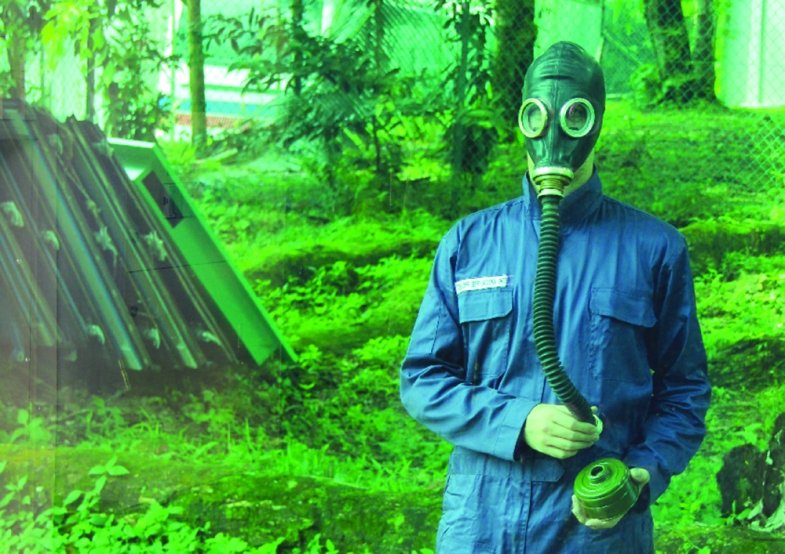 What do we wear in a future under climate change? Climate Change Couture was first developed in collaboration with researchers from the Singapore‐ETH Zürich Future Cities Laboratory (FCL) during an art residency. The artist designed the garments based on FCL research while the laboratory researchers and staff modeled them in different parts of Singapore. The artist continued this project in different cities, which each collection reflecting their unique environmental scenarios and climate projections, and has also presented this as an installation and a performance. This was the first project in her body of work, The Apocalypse Project, and back in 2013 was already accused of fear-mongering by climate change deniers. 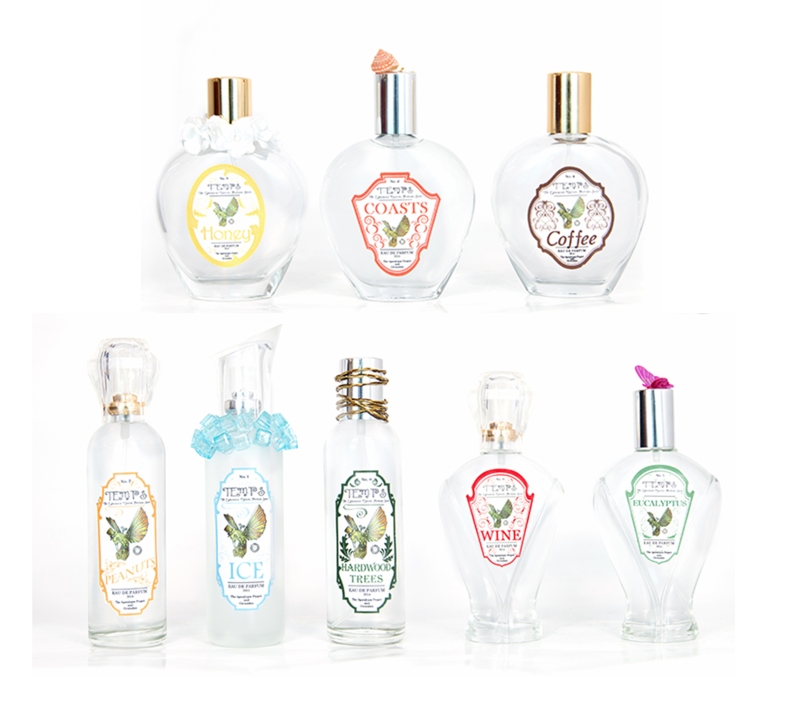 The Ephemeral Marvels Perfume Store (T.E.M.P.S., or “time” in French) is a futuristic perfume line of things we could lose because of climate change. The first collection included scents that may well disappear as we know it because of global warming and consequential sea level rise, superstorms, and decreased biodiversity, such as the scent of coasts, forests, several crops, etc. Succeeding collections have been made depending on the city the artist was in. These perfumes are created by the artist using chemical distillation and standard perfumery techniques. During exhibitions, visitors are allowed to smell the perfumes. As smell and memory are closely related, viewers are invited to reflect on how potentially losing these scents could affect their lives and it is the artist’s intention that they are motivated to preserve them and act on climate change.

3. An Olfactory Portrait of the Amazon Rainforest 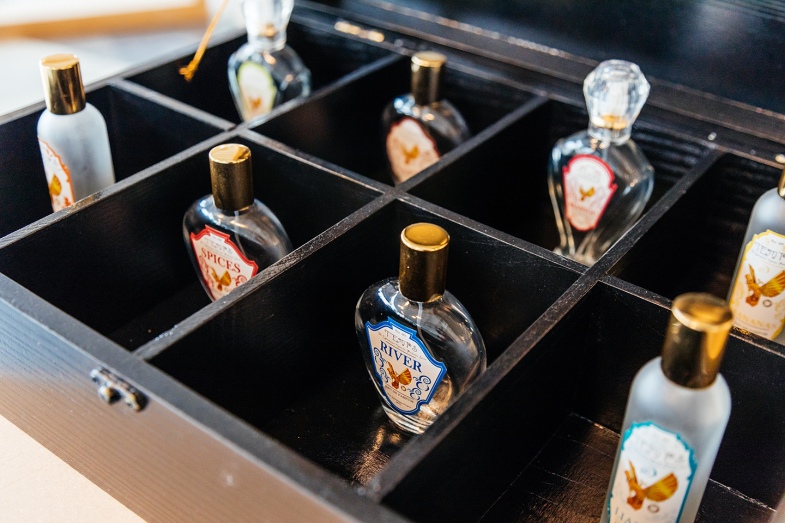 An Olfactory Portrait of the Amazon Rainforest, 2018

In Case of Emergency launch

An Olfactory Portrait of the Amazon Rainforest is a collection of past, present, and future scents of the Amazon. The past scents were based on the olfactory memories of explorers such as Alexander von Humboldt and Henry Walter Bates which the artist gleaned from their published travel narratives. The present scents were based on the artist’s personal experience in the Amazon in 2017. The future scents were based on projections of scientists, considering current issues faced by the Amazon today such as deforestation and mining. The goal of the project is to narrate humanity’s relationship with this fragile ecosystem, posing questions such as, is this what we want the Amazon to smell like because of human practices? How have we altered the scents of the Amazon? How can we rewrite the future story of the Amazon? (Images courtesy of Science Gallery Dublin) 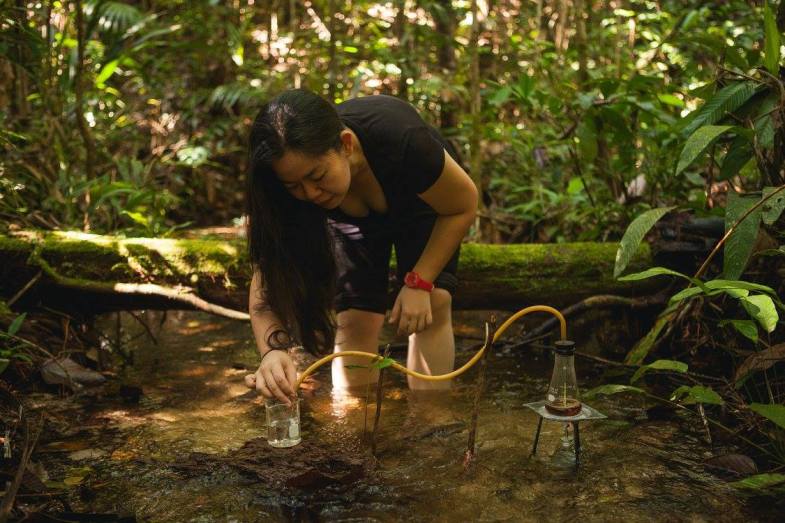 Experiments in Nature, Nature in Experiments. Photo by Gui Gomes courtesy of LabVerde.

Experiments in Nature is a project that consists of public performances and installations of scientific experiments in nature, allowing natural elements to help the experiment along, such as temperatures terminating or catalyzing the experiment, branches supporting the equipment, etc. Who, then, is doing the experiment? Is it a successful or futile experiment? Is science, with the failure of the expert in a post-truth world, a performative discipline? This series in the project, Jungle Experiments, was made during the artist’s residency in the Brazilian part of the Amazon in July 2017. The goal of the project is to interrogate the role of science in society, particularly its influence (or lack thereof) on public policy, such as the United States’ position on climate change and how science denialists—from climate change deniers to anti-vaxxers to flat earthers—still abound.

The Cycle of Oil in Soap 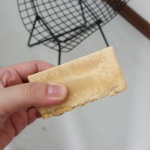 The Sewer Soaperie is a project that turns raw sewage into luxury soaps. During extreme storms in the Anthropocene, many cities are ill­-equipped to handle the flooding that follows. One reason is the coagulated grease in the sewers, with some as big as airplanes, leading these to be named “fatbergs”. Among the sources of grease is used oil that is poured into sinks, which drains into the sewers, and hardens in the pipes. The world already experiences extreme storms because of climate change, and cities will experience even more flooding that is exacerbated by human actions. The artist raises awareness on this by taking the grease from different points of its journey— from the used cooking oil that restaurants throw in the sewers, to raw sewage, to grease that hardened in open pipes. These were sterilized and turned into luxury soaps through the artist’s saponification experiments. She started this in Medellin, Colombia during a residency and continued it in Manila, Philippines. 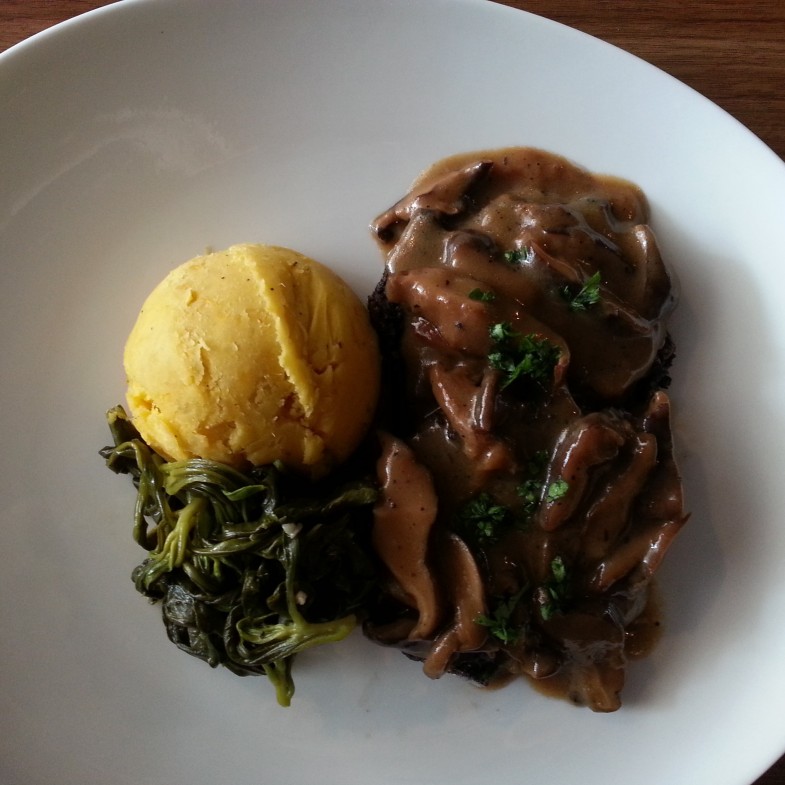 Future Feast is a collaboration with chefs to design sustainable dishes of the future. Recipes and event documentation here. 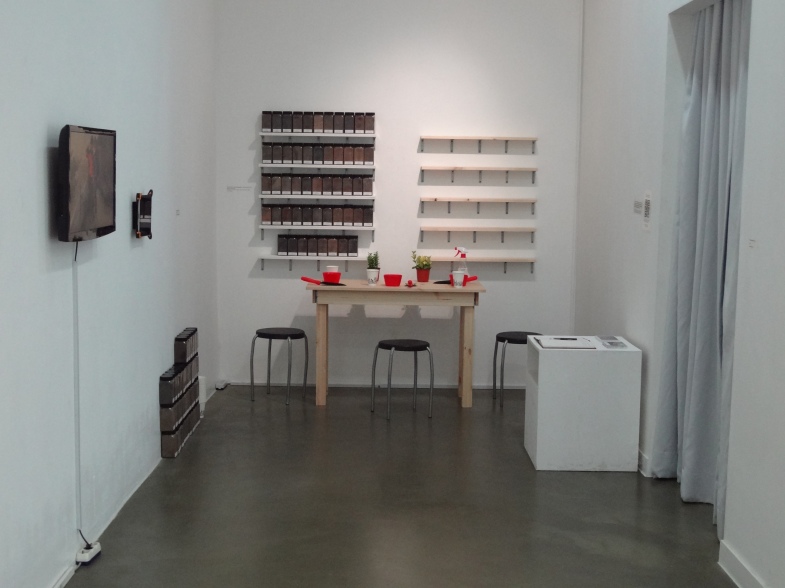 In 2013, I was artist-in-residence at the MMCA Residency Changdong (formerly known as the National Art Studio of Korea) on the Asia Pacific Fellowship for visual artists.

Check out http://www.seoul43.com for more.

The Rorsketch Digital Interface allows you to freeze a live video feed of clouds, and draw on it. 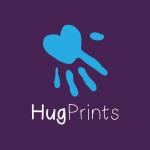 From 2010-2012, I was a graduate student at the MFA Interaction Design program at the School of Visual Arts as a Fulbright scholar. My thesis projects were about the human senses and I made several interactive projects, culminating in some TEDxNewHaven talks.

Perceptions of the Mysterious (October 2009, Barcelona)

From 2009-2010, I was in Barcelona to investigate how art and science might work together.

In Case of Emergency installation view

The Apocalypse Project: It’s More Fun in the Anthropocene

The Apocalypse Project: Imagined Futures at The Mind Museum (2014) 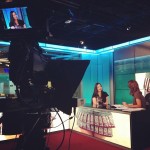 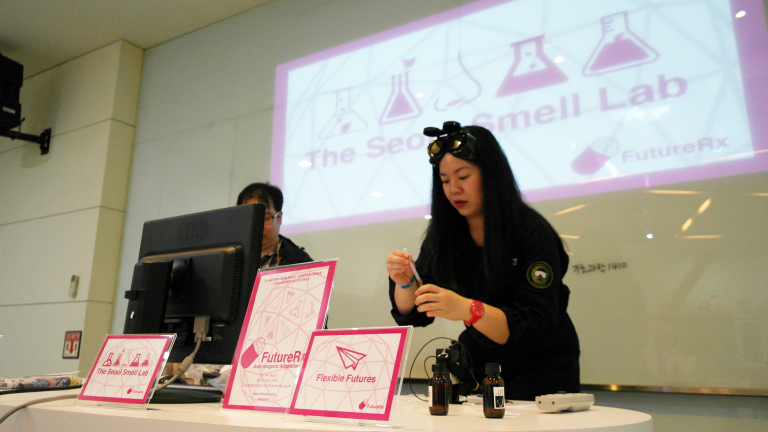 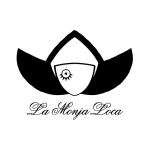 DrawHappy Analysis Part 1 http://www.drawhappy.org I did a little expedition to Iceland and asked 100 people to draw what makes them happy. I analyzed the results.

Some photographs I took and developed after high school (2001), around the time my maternal grandfather (who was a photographer) passed away from pancreatic cancer. I used his 35-mm Pentax film camera, which I still have: