Omijacha, also known as “five-taste tea,” is a Korean tea made from the dried fruits of Schisandra chinensis, a berry native to China and Russia. It has that nickname because it has five tastes—sweet, sour, salty, bitter, and pungent. It is usually garnished with pine nuts. 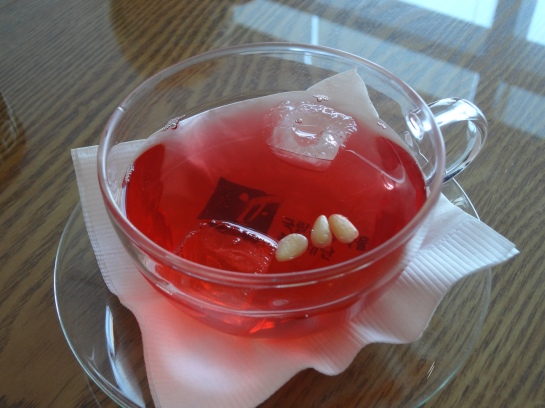 The sensations caused by ingesting such a beverage with both opposing and complementary flavors are almost indescribable. It’s quite like drinking an entire universe in a cup. I could give up coffee for this. Really.

Thanks for the tip, HJP!