In the wonderful If There Ever Was: A Book of Extinct and Impossible Smells, Robert Blackson commissioned some of the “finest noses in fragrance production” to design accords of things that were absent. For instance, smells of Hiroshima (inspired by the vibration of the atomic blast), surrender (as manifested through incense, which was burned as an indication of defeat in ancient Egypt), the space station Mir, and the sun, become blank pages of olfactory fascination. One of my favorite smell artists, Sissel Tolaas, created the scent of communism. 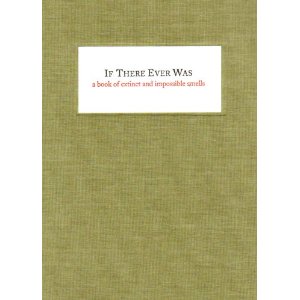 If There Ever Was: A Book of Extinct and Impossible Smells by Robert Blackson. Image via Amazon.uk

Currently, I think smell is, for lack of a better word, “trending” in design. Consider Tolaas’ work in MoMA’s Talk to Me exhibition last year, the delightful Olly by Mint Digital, or the slew of smell sensors that are or will be available on the market. And not a moment too soon for one of our most visceral and powerful senses. Blackson writes:

“Smell is an unlikely subject in the aesthetic discourse of contemporary art. The tendency to exclude our sense of smell from philosophical and art historical discussions began in the Age of Enlightenment. It was then that philosophers such as Kant and Descartes argued for the power of vision over our ‘lesser’ senses. These thoughts were further reflected in scientific advancements such as Louis Pasteur’s breakthrough that germs rather than miasma (foul stenches) were the carriers of disease.”

Thanks to designer Nikki Sylianteng who lent me this awesome book.