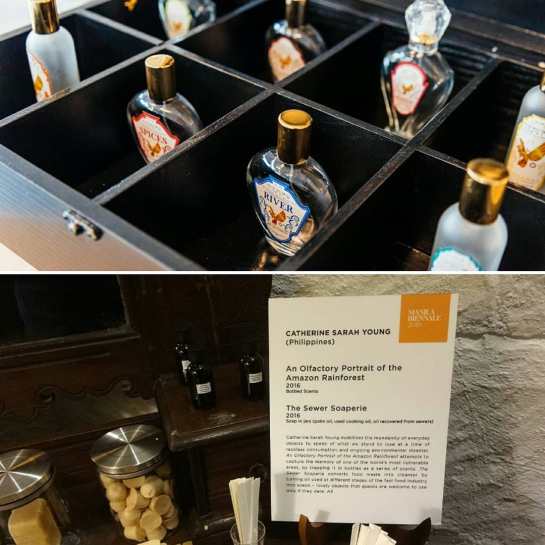 A tale of two Amazons, past and present

I’m concurrently exhibiting two editions of An Olfactory Portrait of the Amazon Rainforest in Dublin and Manila. These editions were selected for the exhibitions to fit their themes, and it’s been fun making them for these two very different cities. The one for Science Gallery Dublin’s In Case of Emergency exhibition features scents I smelled during my residency with LABVERDE in Brazil. These are things I encountered in the forest that are at risk from climate change and other human impacts.

The other one at the Manila Biennale which just opened is an edition that interprets the olfactory memories of 18th & 19th century explorers such as Alexander von Humboldt and Henry Walter Bates. I’m uncomfortably aware that these are narratives of a bunch of white guys as they were all I could find, though I intentionally picked those of naturalists. I’m still on the lookout for records that show a diversity of perspectives if you know of any (language doesn’t matter) as this is an ongoing project that is one of my favorites.

(Hey, at least the one in Dublin is based on the account of a woman, of color, from the developing world and is mixed and multi in most things: me.)

Check these out in Dublin and Manila, and
follow the next steps of this project and other works of The #ApocalypseProject on http://www.apocalypse.cc or #OlfactoryAmazon