Here at my art residency in Singapore, I’m busy this week giving workshops to students at Tembusu College, National University of Singapore. Before the workshop, I gave a short intro talk on The Importance of Talking to Strangers.

Having done participatory art for years now, I discovered that it’s imperative to engage people in these kinds of activities (workshops, experiments, etc) in the development of a project. The things that come out of these things are always insightful. 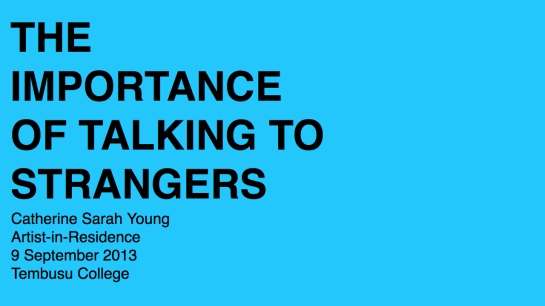 For this week, I didn’t want to give another artist talk, as I wasn’t going to be the artist for the night. Instead, I talked about the things I learned while talking to strangers. Because these students are, after all, strangers to me. I gave two example projects and the lessons I learned from them.

The first project is Rorsketch. This project became more enlightening for me because strangers saw things I did not see. (Visit the project site here.) 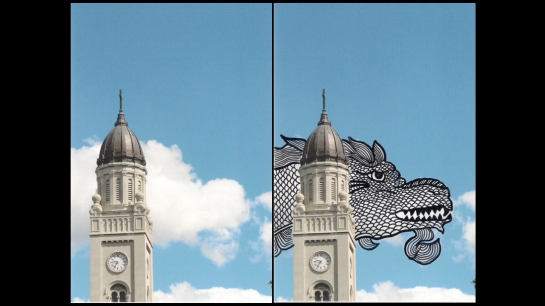 From this, which was initially something I did for myself, expanding it to include other people. Asking four people what they saw in this image will yield four different interpretations. I ended up embracing the inclusivity of the project—nothing was right or wrong.

For the second project, I learned that strangers can extend my project beyond what I set out to do. 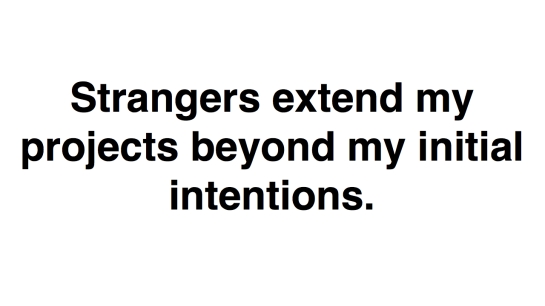 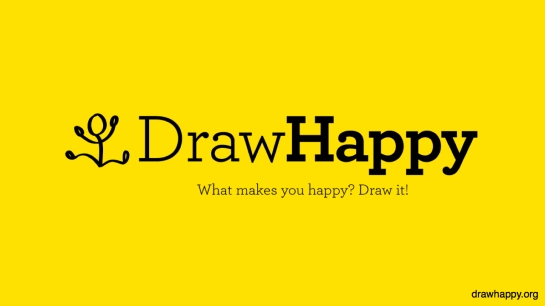 Beyond the sketches people have sent me, what became additionally interesting were the comments left on the site, most of which are submitted months or years after I uploaded the drawings—a good case for putting everything online. I was already emotionally finished with the project, or was I? These comments made me think otherwise.

Here is one that made me think DrawHappy should be turned to DateHappy: 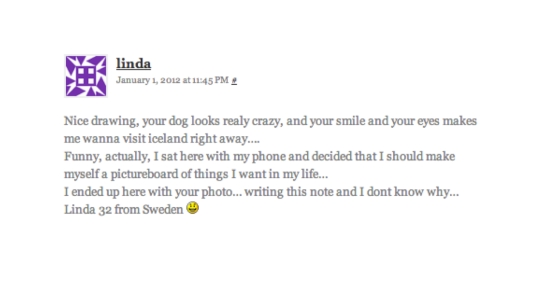 And here is another that made me think of Craigslist Missed Connections (names are protected because by now, I’ve learned that the world is so small): 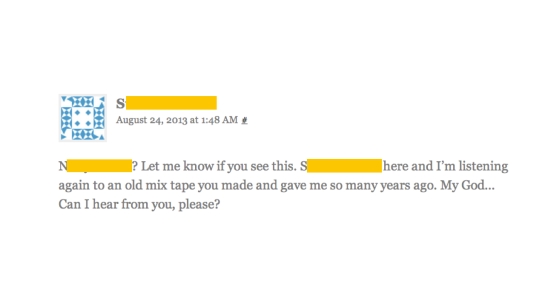 As the one who actually administers the site and monitors and publishes the comments, I can’t tell you how I had to pick up my jaw from the floor when I get notified by email. I can’t wait what this apocalypse project gives me. Stay tuned.