On my street lies Choansan, a mountain that has thousands of tombs of aristocrats, eunuchs, and commoners from Korea’s Joseon era. After being sick for a few days and being stuck in a creative rut, I headed up there today to free my mind from the “stuckness,” as though being high up there can make me look down on my worries, as though physically meandering through the mountain can translate to mentally untangling my thoughts.

I can’t believe this is on my street.

The marker at the top told me a bit of the cemetery’s history, along with these odd words.

A Department of Eunuchs!

It is such a blessing to have so much nature in the middle of the cemented progressiveness of the city. 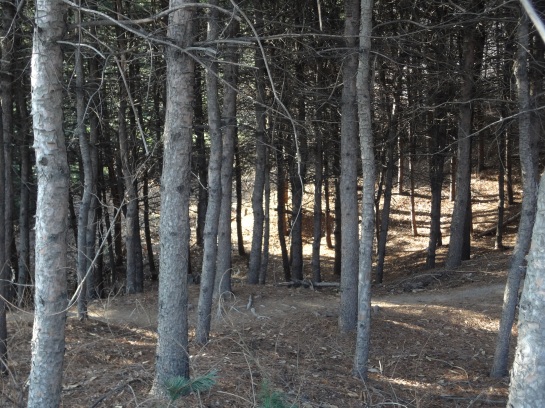 It feels like a scene from Bridge to Terabithia.

The romance and sadness of it was slightly marred by the mild absurdity (yet awesome practicality) of seeing exercise machines along the way.

Exercise machines amidst historical treasures. But of course in Korea.

It was a good afternoon.